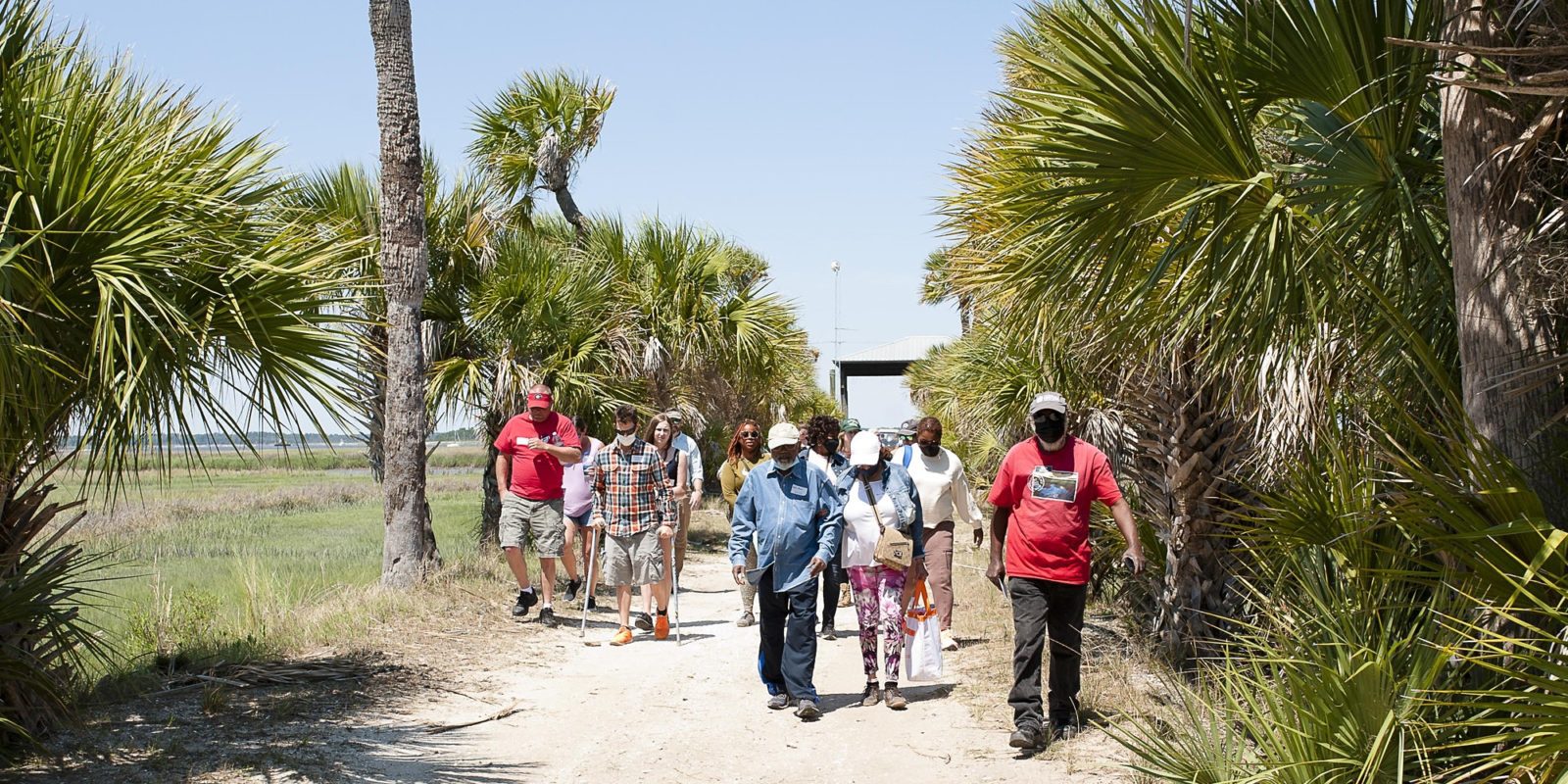 Did your ancestors live, work or own land on Ossabaw Island from 1760 – 1980? Were you an OIP or Genesis Project member? Join us!

Descendants of Ossabaw are invited to spend a day on Ossabaw Island, Georgia’s third largest barrier island. Did your parents, grandparents or other ancestors live, work or own land on Ossabaw Island from 1760 – 1980?

Were you an Ossabaw Island Project or Genesis Project participant between 1961 – 1983?

Please join us as the Ossabaw Island Foundation brings Ossabaw’s people together for a day of food, friendship, history, and remembrance.

Travel one hour by pontoon cruising boat through the Moon River District’s rivers and creeks, across Ossabaw Sound to the island’s North End. The day’s events will include optional tours to learn about Ossabaw’s 5,000 years of human history, and where your people’s roles fit into that timeline.

Optional tours: Ossabaw’s North End, including the Club House, the Boarding House, and the three tabby slave cabins, all restored in the last 20 years.

Middle Place, site of the founding of Hinder Me Not Baptist Church, by the Bond brothers. Also the site of the stables for the Torrey family, and of a sawmill owned and operated by the Torreys, and of Genesis, the semi-self-sustainable community created by Mrs. Eleanor “Sandy” Torrey West.

The Torrey West House, former winter residence of the Torrey Family, and site of the Ossabaw Island Project, an interdisciplinary creative program created by Mrs. West.

Enjoy an early supper catered by Lesley Varnedore, then return to the mainland on a sunset cruise through the Moon River District.

An informational email will be sent to all who register about 10 days before the event.