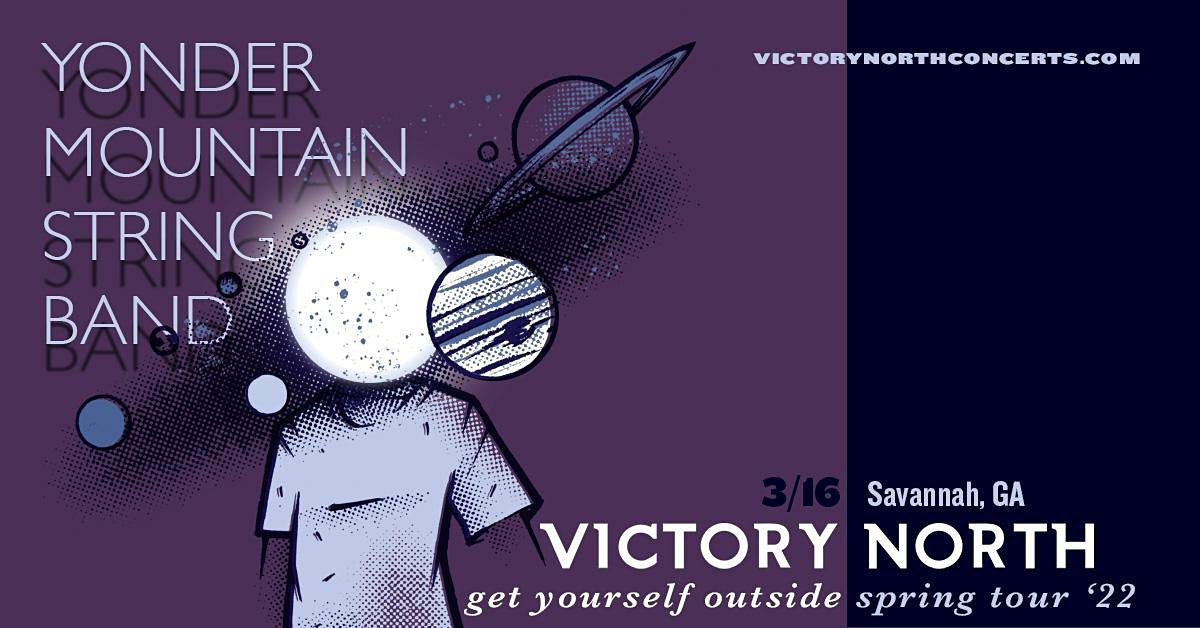 Get Yourself Outside SPRING TOUR 21

With their instrumental prowess and adventurous musical spirit, Yonder Mountain String Band were — and still are — a pioneering group in the emerging progressive bluegrass scene that now includes marquee acts like Billy Strings, Railroad Earth, Greensky Bluegrass and the Infamous Stringdusters. – Rolling Stone 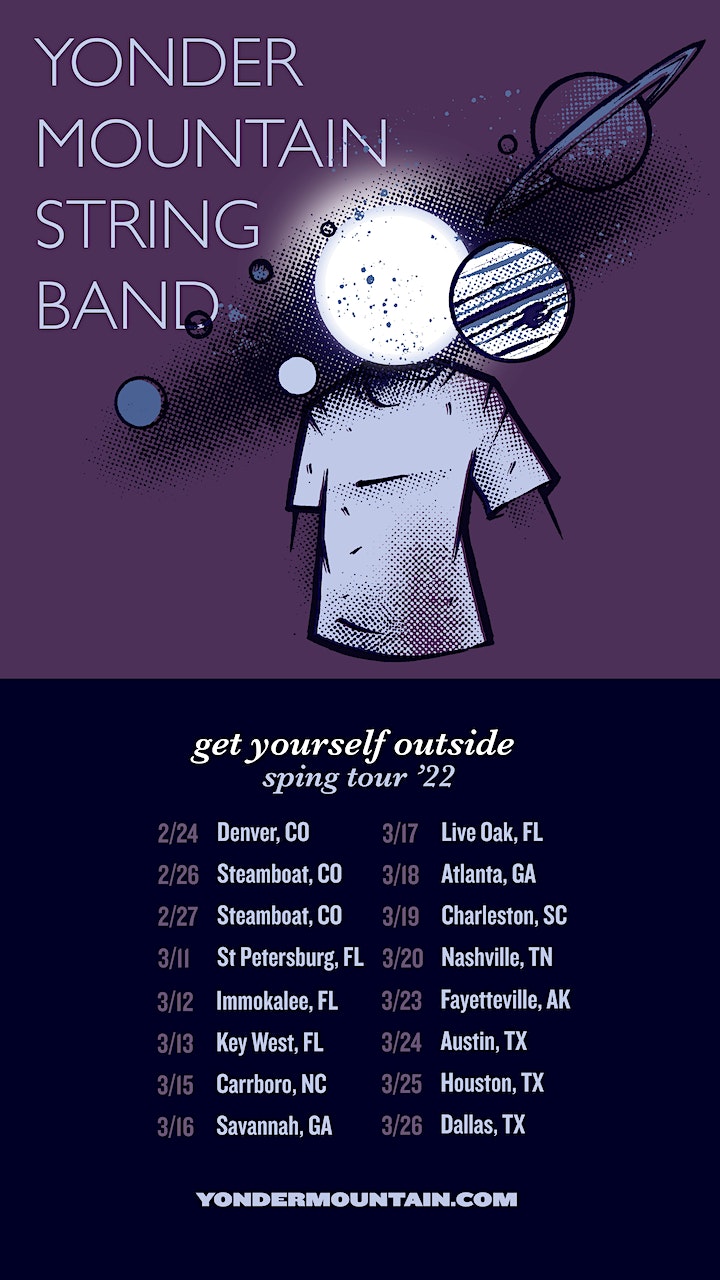 Yonder Mountain String Band — Get Yourself Outside

With its latest album, “Get Yourself Outside,” Colorado-based quintet Yonder Mountain String Band once again echoes out into the universe its place as not only a pioneering jam-grass act, but also one of the most innovative, intricate groups in the live music scene — something the groundbreaking ensemble has proudly held high for the better part of a quarter-century.

“The whole thing has always been about the energy and the connection with all of us onstage and everyone out in the audience,” says guitarist Adam Aijala. “And with this third iteration of Yonder Mountain, we’re really tapping into that onstage connection once again.”

This “third chapter” of YMSB is one of many facets. Aside from the obvious nature of the new album, it’s a complete restart for the live music industry — slowly reawakening itself after a year and a half of radio silence during the early stages of the pandemic. Internally, it’s also a fresh start for the group in welcoming its newest member, mandolinist Nick Piccininni.

“Nick is an incredibly talented multi-instrumentalist. He’s also a great singer with a magnetic stage presence,” Aijala says. “And he’s in such a creative space right now, something that has brought a whole new vibe and dynamic to the band. But, at the same time, it’s such a natural fit, where he hits that sweet spot of the Yonder Mountain sound we’ve come to be known for.”

Recorded during the shutdown at Cinder Sound Studio (Gunbarrel, Colorado) and co-produced with engineer John McVey, “Get Yourself Outside” (Frog Pad Records) is a musical odyssey of string instruments and sonic textures.

“We want the listener to get outside of your own head, get outside the box or container that you’ve created around yourself — look outside and see what else is out there,” says bassist Ben Kaufmann.

What started out as back-and-forth online interactions between the band members soon shifted into Yonder Mountain entering Cinder Sound after several months apart — this genuine, intrinsic urge within each musician

to capture the unique chemistry and magic of playing live in the studio.

“We knew we had to take greater advantage of our time off the road. So, we started to collaborate and realized we had all of these songs,” Kaufmann says. “It was kind of a trick to figure out how to get together and record safely. But, we’re glad that we did and what came from it.”

“Some of the song ideas were older. But, a lot of the ideas happened during the pandemic,” Aijala adds. “It was interesting, because Nick had a bunch of ideas that emerged from the pandemic and he’s heavily featured on the record.”

There’s the usual foot-stomping jingles and sorrowful ballads that reside at the core of the Yonder Mountain signature tone. But, there’s also a deep, honest sense of renewal and rejuvenation running through the heart of the record.

“This album was a learning experience for the band, from bringing Nick in to navigating the shutdown as a nationally touring band to working on new material,” Kaufmann says. “There’s a blessing to this life to be able to play music for a living, and ‘Get Yourself Outside’ is a testament to that, which is why it’s been such a joy to finally play these songs live.”

Regardless of the free-flowing, ever-evolving ebb and flow of its sound and journey, Yonder Mountain still stands atop the ancient rock foundation of the “high, lonesome sound” that is bluegrass music.

“For me, it was the accessibility and the ease of bluegrass,” Aijala says. “I really liked that the music could achieve this really high energy, and it was just acoustic instruments, your voice, and a microphone — it’s a beautiful thing.”

By being back on the road, performing to raucous audiences of die-hard fans and the curious alike, Yonder Mountain has been taking note of its long, bountiful journey from its foundation in 1998 to the here and now — with its 25th anniversary just around the corner. 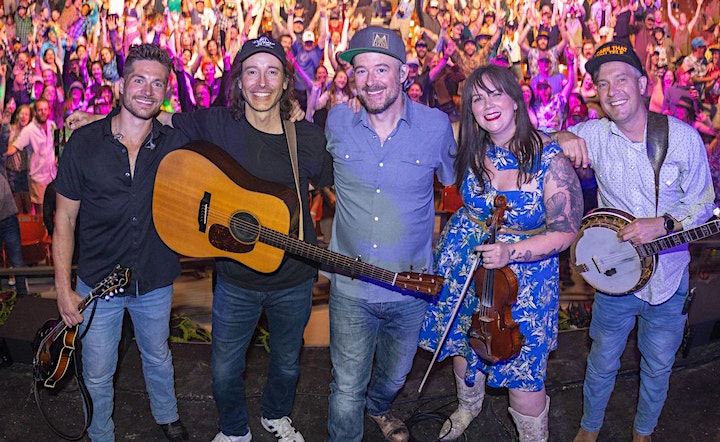 “At almost a quarter-century, it still feels like it has all gone by in the blink of an eye, like watching your kid grow up,” Kaufmann marvels. “Playing music live can be like medicine for my soul and that’s something we’ve never taken for granted in Yonder Mountain.”

“When we were three years into this band, I had already exceeded any expectations that were initially set way back then, which was to basically be able to pay my bills and maybe be able to save a little bit of money,” Aijala adds. “And now? We’re still here. People still like us and we still love performing and making music — it’s always been about having fun and being together.”

It’s also a testament to the life and legacy of Yonder Mountain that three of the founding members — Aijala, Kaufmann and banjoist Dave Johnston — remain at the helm of this American musical institution, something complemented and accelerated in recent years by the fiery fiddle work of Allie Kral, who joined the group in 2015.

Looking back on those early days, the members of Yonder Mountain can’t help but shake their heads in awe — of where it all originated from, and what the live music landscape looked like at that time.

“When we started, there was nothing else like we were doing. We were the only example of what we were trying to do, if even then we might not have known what it was we were trying to do,” Kaufmann notes. “You can see a four-piece bluegrass band at a rock festival now. But, there was a time, back when we started, where something like that was incomprehensible — it’s mind-blowing to think about it in the context of where the scene is today.”

“And that was a big part of why we had all of those opportunities early on,” Aijala adds. “They would ask us to open for The Allman Brothers Band or Willie Nelson, or to go on after Widespread Panic. And we say yes to it all — everything was wide open in those days to try and do something different.”

And it’s the fearlessness of youth — of being present within the serendipitous whirlwind of artistic collaboration and musical discovery — that remains a thick thread of inspiration and ambition within Yonder Mountain.

“From the first time we got together in a room and played together, it felt predestined. I’ve never doubted for a second that this band wouldn’t

work,” Kaufmann says. “And that’s a wonderful experience to have known that early on — to not have fear or doubt in the creative experience. And when you think of it, how unlikely of a journey has this been?”

From selling out Red Rocks Amphitheatre at a time when that was unheard of for a string act, to standing at the microphone in front of tens of thousands at festivals like Bonnaroo, Yonder Mountain was the initial spark in an acoustic inferno decades ago that endures headlong into the 21st century — one burning brightly in an ongoing tidal wave movement that now includes marquee names like Billy Strings, Greensky Bluegrass, and The Infamous Stringdusters. 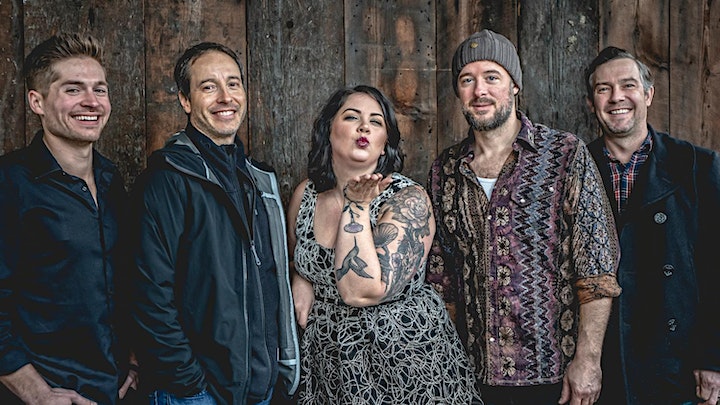